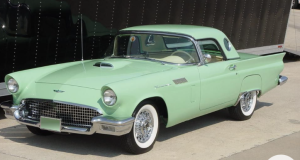 Ron was a graduate of Meadville Area High School in 1961.  He then served in the United States Army Reserves. Upon his return to the area, Ron went to work for the Kroger grocery chain in Erie, a job that would prove to be a formative experience in retail and food business management.

Ron realized many great achievements in business throughout his life.  He was part owner and managing partner of Saegertown Beverages, Inc.  Ron was a partner at Creative Communications, Inc. in Harrisburg, a full-service promotional agency specializing in video production and event planning.  He was a franchisee, founder and managing partner for VIP Entertainment Complex in Harrisburg. Ron was instrumental in the design and layout of this restaurant and lounge, which accommodated 200 guests, the largest at the time in the Harrisburg area.

Earlier in his business career, Ron established and operated the Wooden Keg restaurant in Meadville. His passion for the food business included a talent for recipe and menu development. He also established two Country Fair convenience store locations in Meadville and Saegertown, and managed a third location for the Country Fair corporation.  Country Fair named Ron manager of the year in 1972, for exceptional profit and sales results.  One of Ron's locations was recognized nationally as the highest volume convenience store in the United States in the Country Fair chain.  Ron's innovative marketing strategies included the first self-service gas station in Meadville, among the first in Pennsylvania.  In his later years, prior to his retirement, Ron managed the Rite Aid store in Meadville.

Ron was a natural athlete and competitor who played various sports in his youth and throughout much of his life. In adulthood he participated in a YMCA basketball league and pitched for an adult softball league. Ron golfed for many years, including at Whispering Pines in Meadville, where he created and managed a tournament, "The Galloway."  As a spectator, Ron loved to watch baseball, football and golf. Ron was an avid gardener who enjoyed sharing the bounty of his garden in his cooking for family, friends and church.  Ron was a member of the Italian Civic Club in Meadville. He was a member of the Open Door Baptist Church in Venango.

Survivors include his loving wife of 23 years, Michelle (Morgan) Galle; four children, Stephen Galle and his wife, Lucie, Bridget Robinson and her husband, David, Danielle Cochran and her husband, Chris, and Duncan Galle; and four grandchildren, Christian Cochran, Katie Cochran, Nick Cochran and Grant Robinson.  He was formerly married to Anne Bufalino.  He is also survived by many nieces, nephews and cousins.

He was preceded in death by his parents Bruno and Carmella (Catalano) Galle and an infant son, Ronald Andrew Galle.

A private family service will be held.

Arrangements are under the care of Royal-Coleman Funeral Home, 6028 U.S. Highway 6, Linesville.

In lieu of flowers, memorial contributions may be made to the Cholangiocarcinoma Foundation at (cholangiocarcinoma.org) and to the Open Door Baptist Church, 22062 Center Road, Venango, Pa 16440.

Please share a condolence or memory of Ron at royalcolemanfuneralhome.com.

To send flowers to the family or plant a tree in memory of Ronald D. Galle, please visit our floral store.