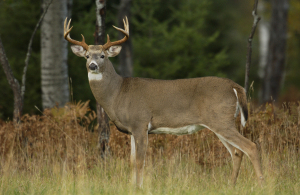 Dick graduated from Linesville-Conneaut-Summit High School in Linesville, PA in 1957.  He worked during his high school years at Conneaut Lake Park on the Merry-Go-Round filling the brass ring grabs.  After graduation, he went on to work at Molded Fiberglass, then the PA Game Commission before settling in as a Railroad conductor for the Erie Lackawanna/Conrail RR, then Norfolk and Southern RR after a merger retiring after 40 years of service in 2001.  He enjoyed anything that involved socializing with friends and family such as Church, group breakfasts, railroad stories and car cruise-ins showing off his ’36 Ford Cabriolet, his dream car!  He has a great sense of humor.  He also enjoyed outdoors activities such as walking fields picking up Indian artifacts, gardening, lawn mowing and hunting.  Some of his favorite indoor activities were singing, playing musical instruments, FaceBook, watching TV especially the RFD channel and Gunsmoke.  He was a snowbird each winter traveling with Linda to their mobile home in Sebring, FL.

He was preceded in death by his parents, two step-fathers Blaine Foust and Audley Atkin and brother-in-law Dale DeHart.

In lieu of flowers, memorial contributions may be made in Honor of Dick James to a charitable organization of the contributor’s choice.

Please share a condolence or memory of Dick for the family at royalcolmemanfuneralhome.com.

To send flowers to the family or plant a tree in memory of Richard Arden "Dick" James, please visit our floral store.