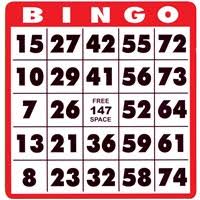 Born June 4, 1938, in Meadville, she was the daughter of Walter and Edith (Kennedy) Pasikoski.  She married Richard James (Dick) Rodgers on November 8, 1958, in Meadville; he preceded her in death on September 8, 2013.

Joan was a graduate of Meadville High School.  In her younger years, she worked at Talon in Meadville.  She then worked as a line operator for GTI for many years.  Joan was a loving and devoted homemaker.

She had attended Linesville First Baptist Church.  Joan was a life member of the Meadville Elks Auxiliary Lodge #219 and was also a member of the Conneaut Lake Sportsman’s Club.

Joan had started and ran bingo for many local charities in the area.  She enjoyed reading, playing bingo, loved animals and enjoyed going on motorcycle rides with her husband.  Joan cherished the time she spent with her grandchildren.  She enjoyed traveling and spent the winters in Florida with her daughter, Kelley and her husband, Gerald.

Survivors include five children, Christopher Rodgers and his wife, Cathy, of Mercer, Kenneth Rodgers and his wife, Karen, of Linesville, Kelley Pennock and her husband, Gerald, of Leesburg, Florida, Richard T. Rodgers of Linesville, and Kimberley Carne and her husband, David, of Harmonsburg; six grandchildren, Frank Knize of Mercer, James Pennock of Louisville, Ohio, Jared Pennock and his wife, Kaitlyn, of Virginia Beach, Virginia and Alyssa, Angela and David Carne all of Harmonsburg; two great-grandchildren, Saphira and Aria; a brother, Bill Pasikoski and his wife, Marlene of Butler; a sister-in-law, Lois Pasikoski; and several nieces and nephews.

She was preceded in death by her parents, husband, and a brother, Edward (Sonny) Pasikoski.

A funeral service will be held 11 a.m. Monday at the funeral home.

Burial will be in Roselawn Memorial Gardens in Meadville.

The family suggests memorial contributions may be made to the Yolanda Barco Oncology Institute, 16792 Conneaut Lake Rd., Meadville, Pa 16335.

Please share a condolence or memory of Joan for the family at royalcolemanfuneralhome.com.

To send flowers to the family or plant a tree in memory of Joan F. (Pasikoski) Rodgers, please visit our floral store.

A Memorial Tree was planted for Joan

Join in honoring their life - plant a memorial tree