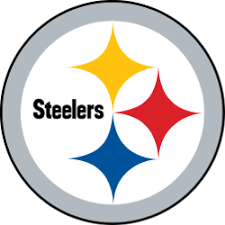 Frank John Garbinski 80, passed away peacefully on February 10, at home after a courageous battle from corticobasal syndrome.

Born on January 5, 1942, he was the only child of the late Frank and Elizabeth (Sobditch) Garbinski.

He is survived by his wife of 58 years Judy ( Custer) Garbinski, his son, Jeffrey, his daughter Sherri (Tim) Brown, 11 grandchildren and one great granddaughter.  He was preceded in death by his son, Gregory.

Frank was born and raised in Johnstown, PA. He graduated from Johnstown High School and the University of Pittsburgh.  He was employed by Mellon Bank for 25 years and then with Balboa which is now Bank of America until his retirement on November 30, 2013.       Frank lived in Butler and Beaver Falls  before moving to Linesville. He was active in the Elks, Lions Club, Rotary and the Knights of Columbus.  He was a member of St. Philips Church in Linesville.  Frank enjoyed traveling, boating, hunting, golfing and fishing.  He was a devoted fan of the Steelers and Penguins.

In lieu of flowers donations in Frank’s name may be made to Hospice of Crawford County, 766 Liberty St., Meadville, Pa 16335.

Please share a condolence of memory of Frank for the family at royalcolemanfuneralhome.com.

To send flowers to the family or plant a tree in memory of Frank John Garbinski, please visit our floral store.