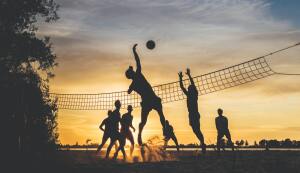 Dale L. Flickinger, 75, of Queen Creek, Arizona, passed away unexpectedly on June 21, 2022, in Linesville.  Dale was a distinguished engineer and legendary volleyball coach and will be greatly missed by all that knew him.

He was a 1965 graduate of Linesville High School and then graduated in 1969 from Penn State University with a degree in Aerospace Engineering.

From 1969-1970 he worked for McDonnell Douglas now Boeing in Los Angeles, California.  Dale then served our country in the United States Army during the Vietnam War from 1970 until honorably discharged in 1972.

He was an assistant coach for the United States Olympic girls volleyball team in 1980.  He was head volleyball coach at Arizona State University from 1977-1983.   For many years, Dale coached girls volleyball at Linesville High School and in 2011 he coached the team to a state championship.  He was an avid Penn State and Cleveland sports fan.

Dale was a member of the Linesville United Methodist Church.

He was preceded in death by his parents; a step-father, Paul Marsh; and two half-brothers, Donald Flickinger and Gerald Moore.

A celebration of Dale’s life will be held from 2 to 5 p.m. on Saturday, July 23 at Linesville Veterans of Foreign Wars Post 7842, 6913 Gehrton Road, Linesville.  Military honors for Dale will be held at 6 p.m. in Radle Cemetery in Guys Mills.

Please share a condolence or memory of Dale for the family at royalcolemanfuneralhome.com.

To send flowers to the family or plant a tree in memory of Dale L. Flickinger, please visit our floral store.

A Memorial Tree was planted for Dale

Join in honoring their life - plant a memorial tree