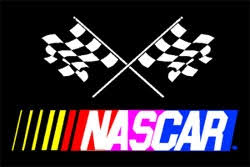 Jack Bruce Stetson, 66, of Conneautville, passed away after a brief illness on Friday, March 15, 2019, at the Meadville Medical Center.

Jack had attended Linesville High School.  After 40 years, he retired as a mix man at Molded Fiber Glass in Linesville.

In his spare time, he was an avid hunter and enjoyed watching NASCAR.

He was also preceded in death by his parents.

Calling hours will be on Tuesday from 4 to 7 p.m. at Royal-Coleman Funeral Home 6028 U.S. Highway 6, Linesville.

A funeral service will be at 11 a.m. Wednesday at the funeral home with Pastor Terry Smith of the Linesville First Baptist Church officiating.

Burial will follow at Chestnut Corners Cemetery in Linesville.

In lieu of flowers, memorial contributions may be made to the Hospice of Crawford County, 766 Liberty St., Meadville, Pa 16335.

Please share a condolence or memory of Jack for the family at royalcolemanfuneralhome.com.